In September 2019 I am on the road to Moscow. To get ready, I update my knowledge about Russian history. Here is, how I understand, how Russia emerged (I am not a historian).

This is my summary of Russian history in a nutshell

1132-1598: In 1132, the Kievan Rus’ collapses and disintegrates into many principalities. Novgorod becomes a successful republic of its own. To its east, Moscow, ruled by the Rurikids, rises steadily collecting “the Russian Earth”, though being under Mongolian rule from 1240 to 1480. In 1480, the Rurikids of Moscow adopt the title “Tsar”. After 1480, they expand beyond Russia, to Siberia. The dynasty of the Rurikids ends in 1598, after 700 years.

The Kreml illustrates well the importance of Novgorod. It was the capital of the successful economic power that traded with the Hanse (foto taken by Ursula in 2017).

The Alexander Newsky Lavra in the rain. It is one of the most important monasteries in Russia. Peter the Great dedicated it to the successful leader of Novgorod who was his role model (my photo taken in Saint Petersburg in 2017).

1598-1612: Troubles (Smuta) – Russia, in search of a Tsar, is about to collapse under foreign pressure, until the army of volunteers from Nizhny Novgorod frees Moscow from Poland.

The family grave of the Godunows in the Trinity Lavra of Saint Sergius at Sergiyev Posad (my foto taken in 2019).

1613-1762: The new dynasty, the Romanows, consolidate Russia, get Kiev back, expand to the west (Petersburg and Karelia) and continue the expansion to Siberia 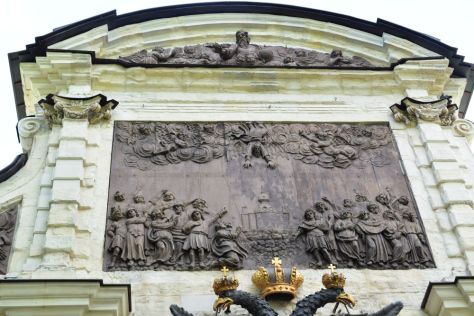 Above the entrance gate to the Saint Peter and Paul Fortress in Saint Petersburg, a relief shows Petrus throwing the heretic Simon Magus down to earth, after Simon had lifted himself up into the air by sorcery. Peter I the Great has defeated the King of Sweden, Charles XII, as Petrus had defeated Simon Magus before (my photo taken in 2017).

Peter I the Great, statue at Saint Peter and Paul Fortress by Mihail Chemiakin (photo taken by me in 2017).

1762-1918: The dynasty of Romanow-Holstein-Gottrop proceeds expanding westwards and southwards (Crimea and Central Asia), until being stopped in 1905. The autocratic tsars underestimate the power of the uprisings in their country that leads to the revolution of 1917 and to the abdication and death of the last Tsar.

Catherine the Great, monument at the Newsky Prospekt in Saint Petersburg (photo taken by me in 2017) 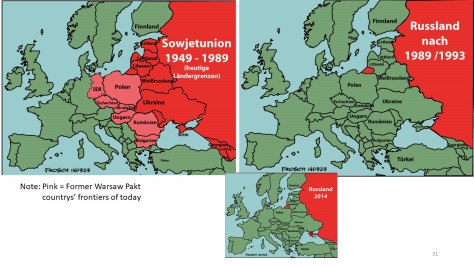 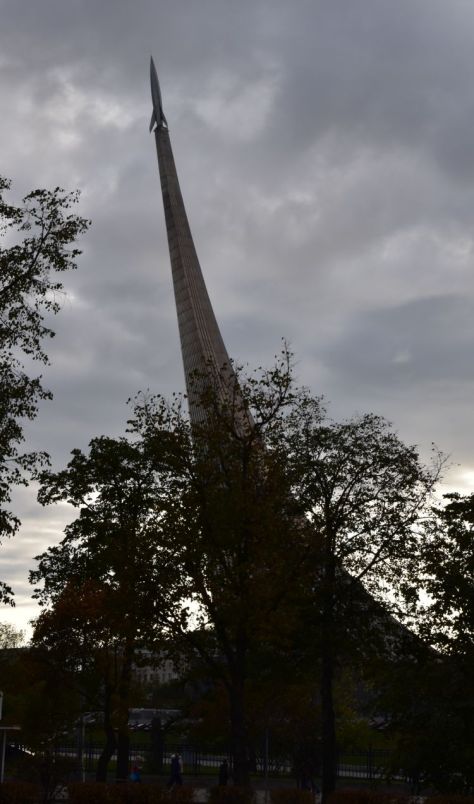 The rocket flies high into the air and into the earth orbit at the VDNKh (ВДНХ) in Moscow (photo taken by me in 2019). In 1957, the Soviets are ahead with their Sputnik, and I remember, how my dad told me, this is the start of a new area, and you will see more of this in your life. At the VDNKh, the Soviets showed the success of their economy and the exhibition area remains until today.

When very young, in 1968, I read the Karamazov Brothers by Dostoevsky. I was impressed and decided to learn Russian, based on the TV program “Russian for you/русский язык для Вас”. I continued in August 1968, despite the suppressed “spring” in Prague, and I have enjoyed Russian culture and the beauty of the Russian language ever since. I visited Staraya Russa in 2012, where the novel of the Karamazov Brothers plays (photo taken by me in 2012).